Latest posts by Warren (see all)
This post was edited and photos processed  2019
After previously having to cancel this ride I was determined to go this time no matter what so I set out only to ride into one of the hottest days on record. 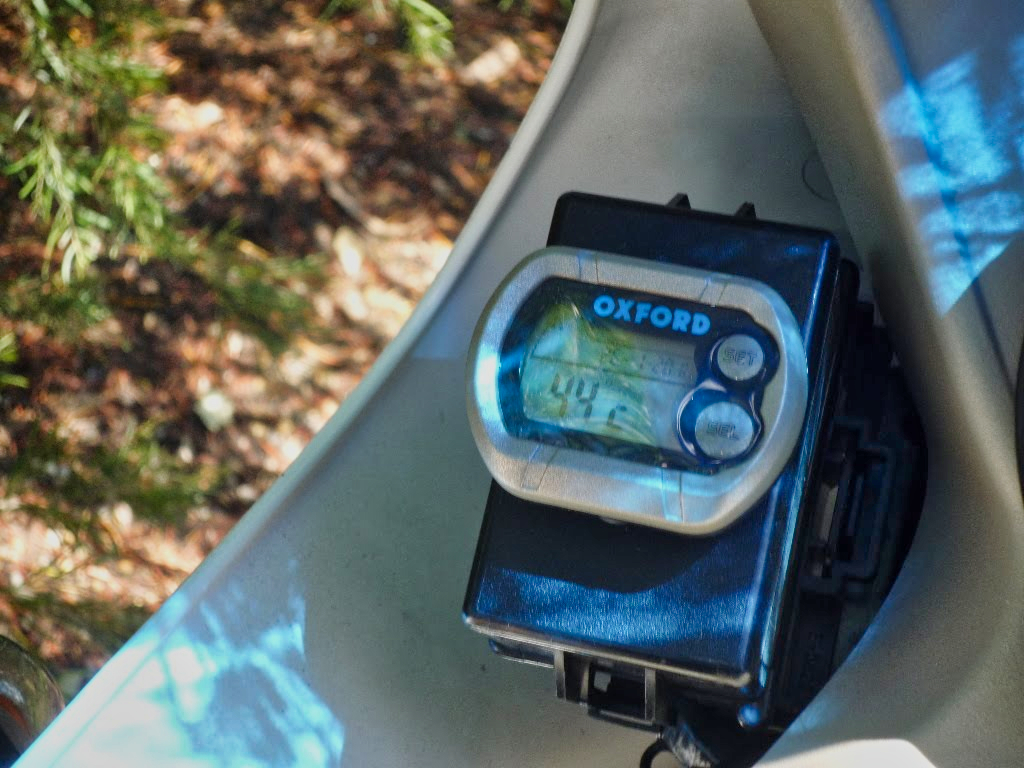 Yes that is 44 degrees or 111F in the old imperial measurements. This was in the shade at Nymboida coaching station on Australia day, the heat was ferocious.

When riding I was blasted with oven hot air if I opened my visor and half suffocated in the stifling heat inside if I did not. It really was beyond uncomfortable and downright dangerous as I could not keep enough fluids up and ended up dehydrated, exhausted and starting to get brain fade and wanting to nod off. I stopped and took stock of matters then checked into the first motel I came to where I jumped under a cold shower then rested in air conditioning with a big jug of iced water.

The next day I felt mostly recovered with the exception of some heat rash from the previous day however the day was soon heating up and I needed to do a reality check. I reluctantly decided that it was not feasible to ride south as planned.

I decided then to spend some time exploring a few places in and around the New England Tablelands area of NSW hoping that the temperatures in that area would be cooler due to the altitude, First I rode to the Wollomombi Falls which totally amazed me. The photo doesn’t convey size of the gorge but it is enormous, the 2nd highest drop in Australia. 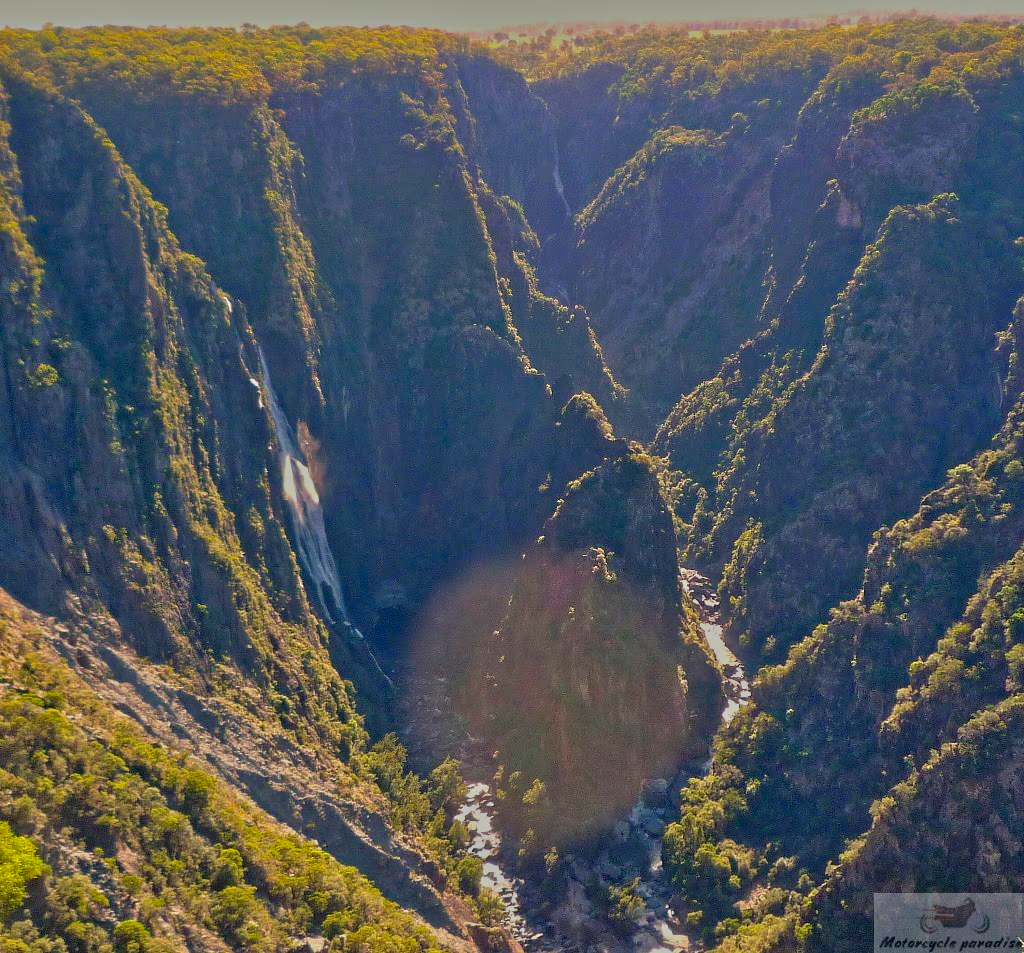 Next I got adventurous and hit the dirt to visit a place I had long wanted to see. Point Lookout is 1563 m (5127 ft) above sea level and is located about 20km off the Waterfall way.  The views from the ‘eagle nest’ viewing area were jaw dropping, I would rate this one of the best lookouts in Australia and again my photo does nothing to capture the scale and grandeur. 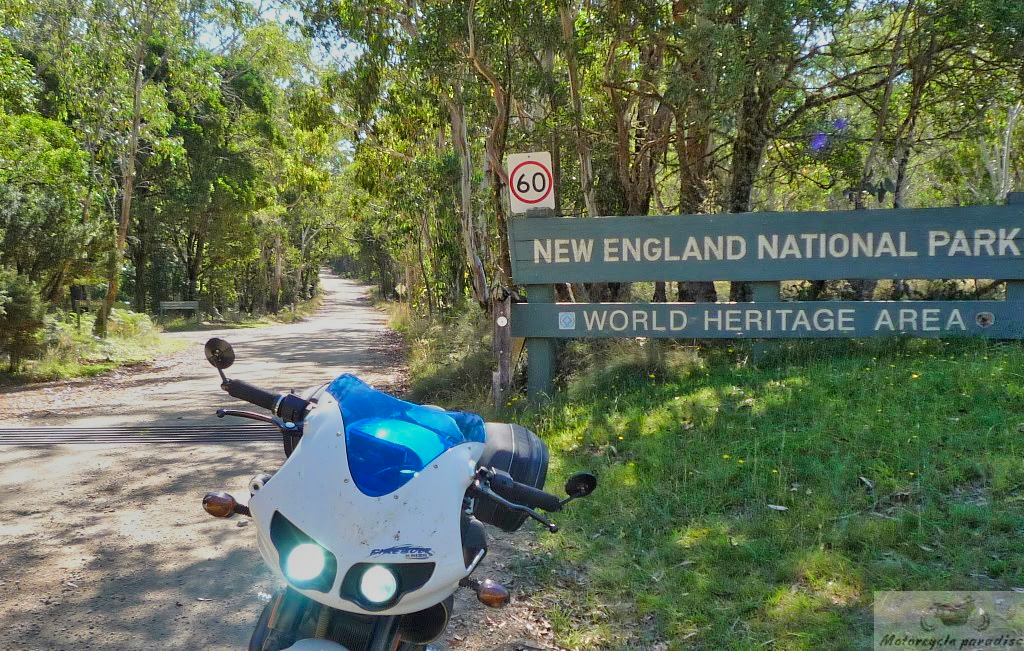 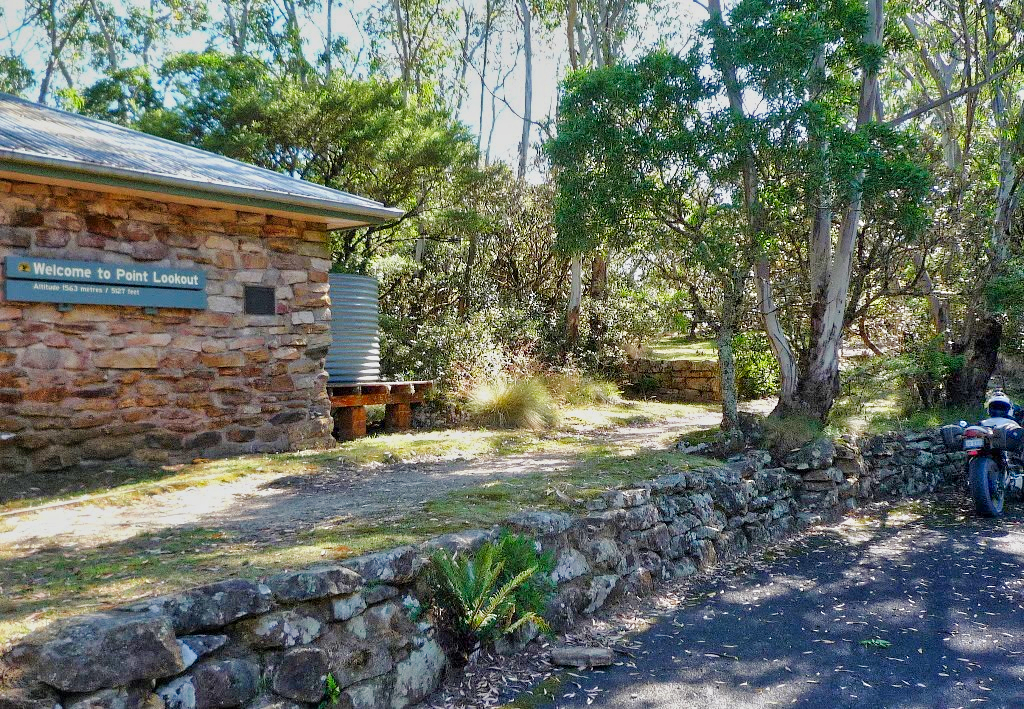 I took a run down from Dorrigo to Belligen and did a few runs over the superb mountain section just south of Dorrigo. 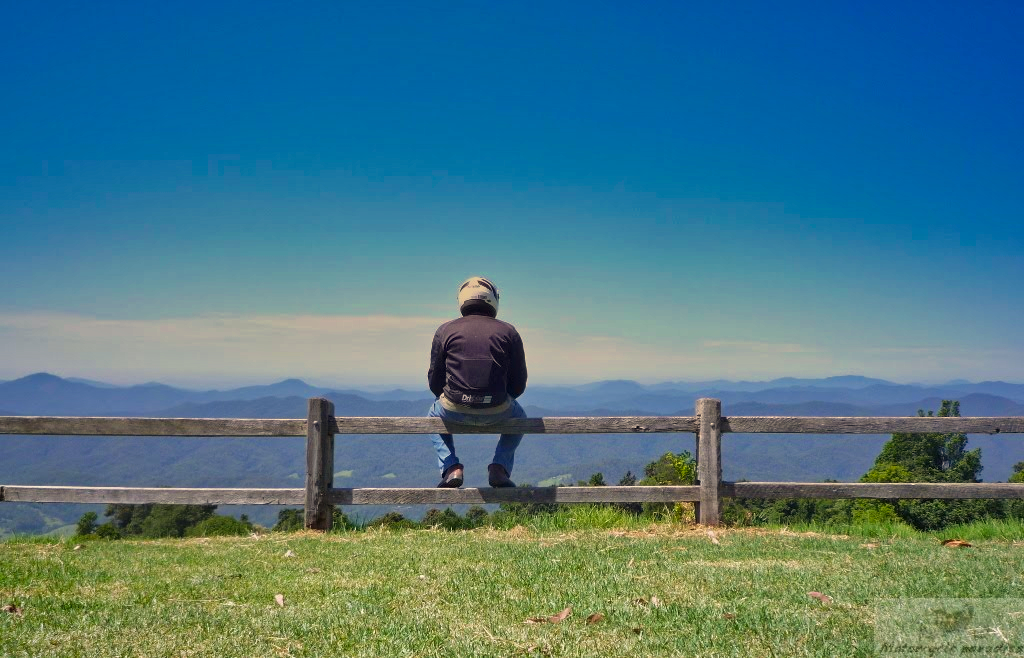 Another thing I had wanted to check in this area was the East Dorrigo Way that runs from Coramba to Ulong and on to Dorrigo. I asked the guy in the servo at Coramba what the road beyond Ulong was like and he said it was kept in good order so I thought I’d give it all a go. The climb from Coramba to Ulong is a superb motorcycle road. 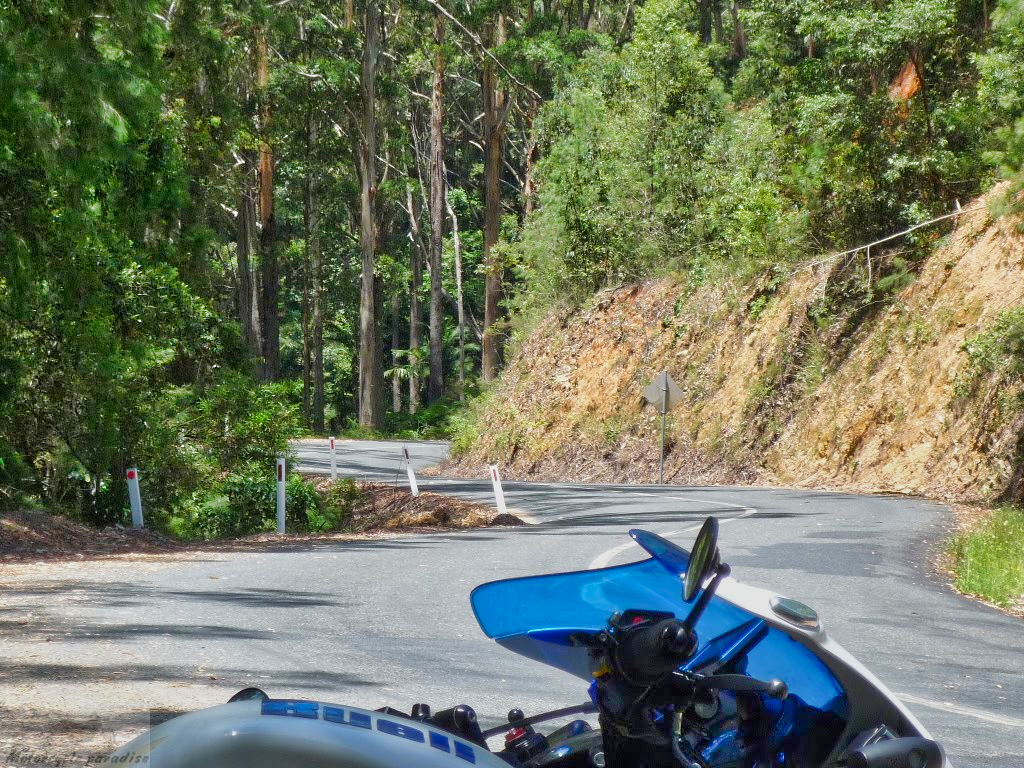 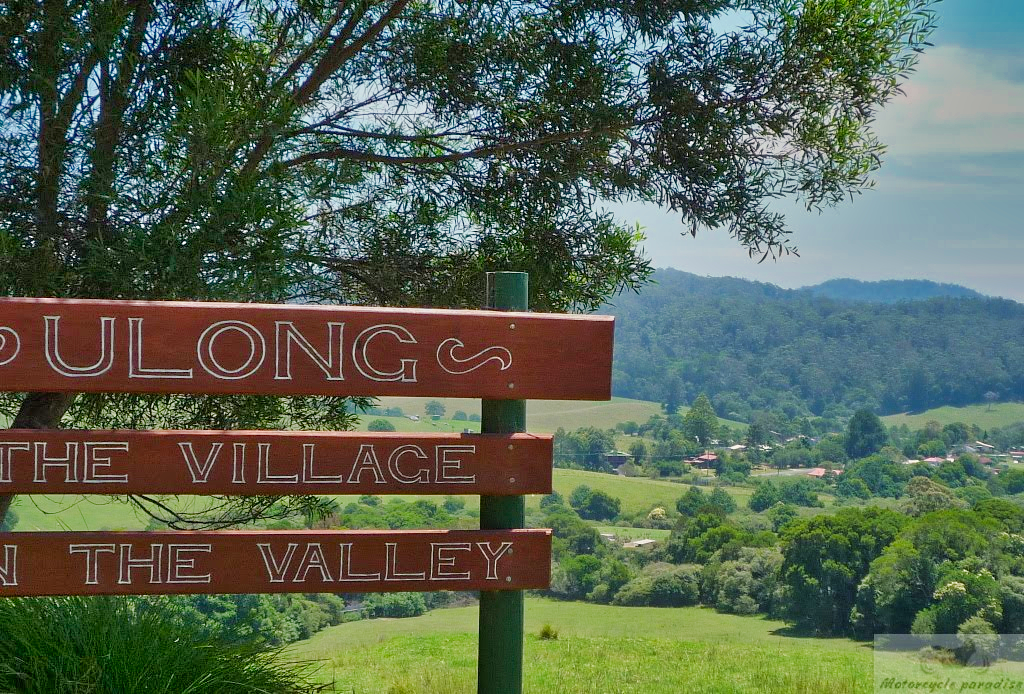 The road from Ulong to Dorrigo was terrible dust then loose stones. Finally I made it across and on the approach to Dorrigo the road is again excellent and soon I was at Dangar falls, one of the dozen or more excellent waterfalls that are scattered about this area. 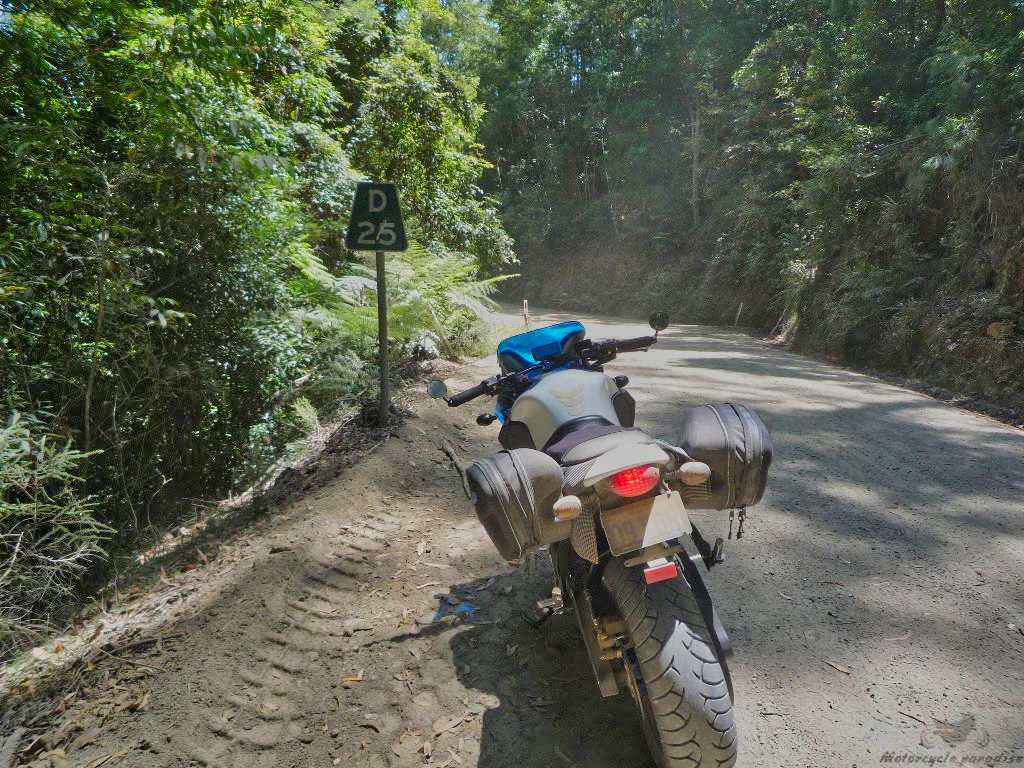 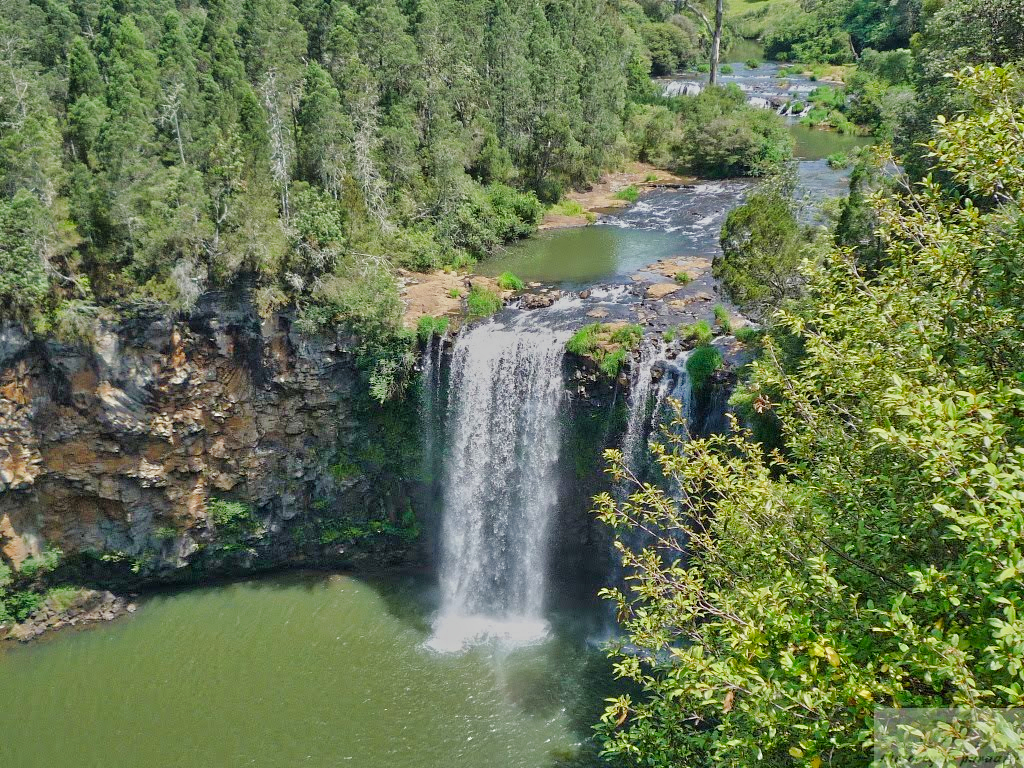 After exploring Cathedral rock national park I caught up with some fellow riders at Fusspots cafe in Ebor. 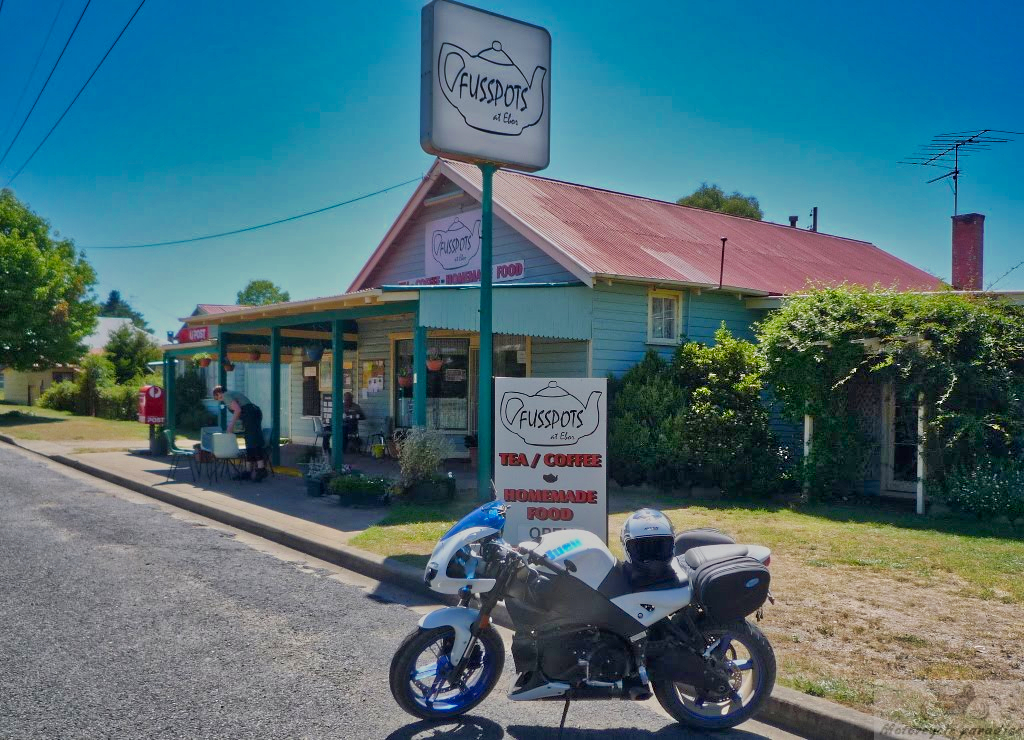 I went to explore the Tyringham road. This is the alternative to the Waterfall way and if you had the chance to ride both then it was fun in it’s own right.

I visited Russell Crowe’s museum of interesting things at Nymboida and had lunch at the Coaching Station which I presume is also his? Heaps of interesting sporting stuff collected by Russell on display inside the pub and friendly folk behind the bar – glad my plans changed so I could relax and take it all in. 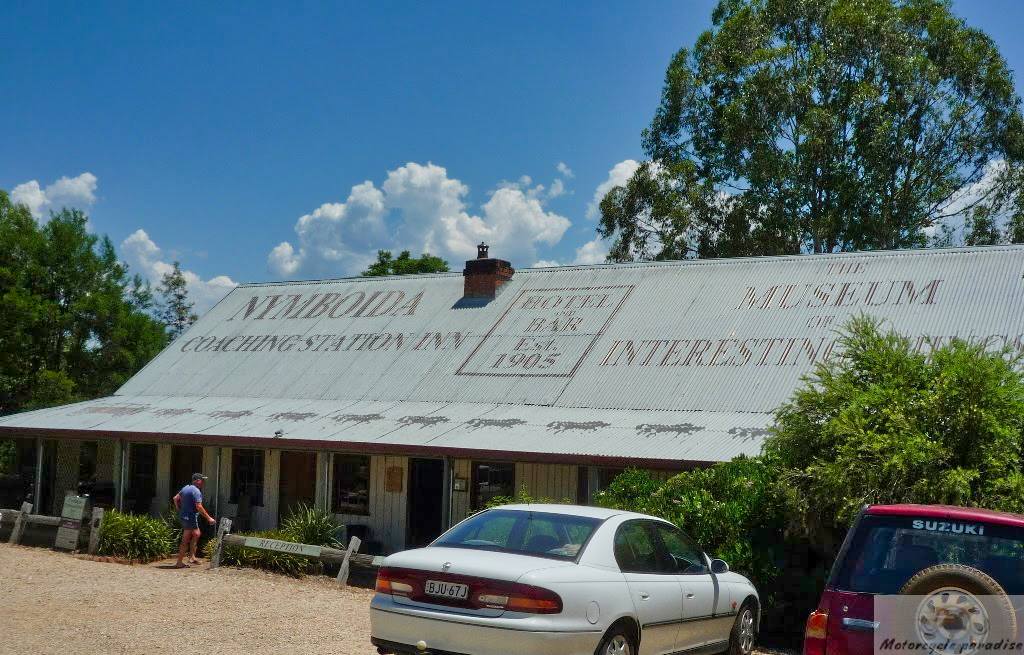 Between Grafton and Casino the Summerland way is lousy so I went via Laurence and the Clarence river gave some cooling affect. 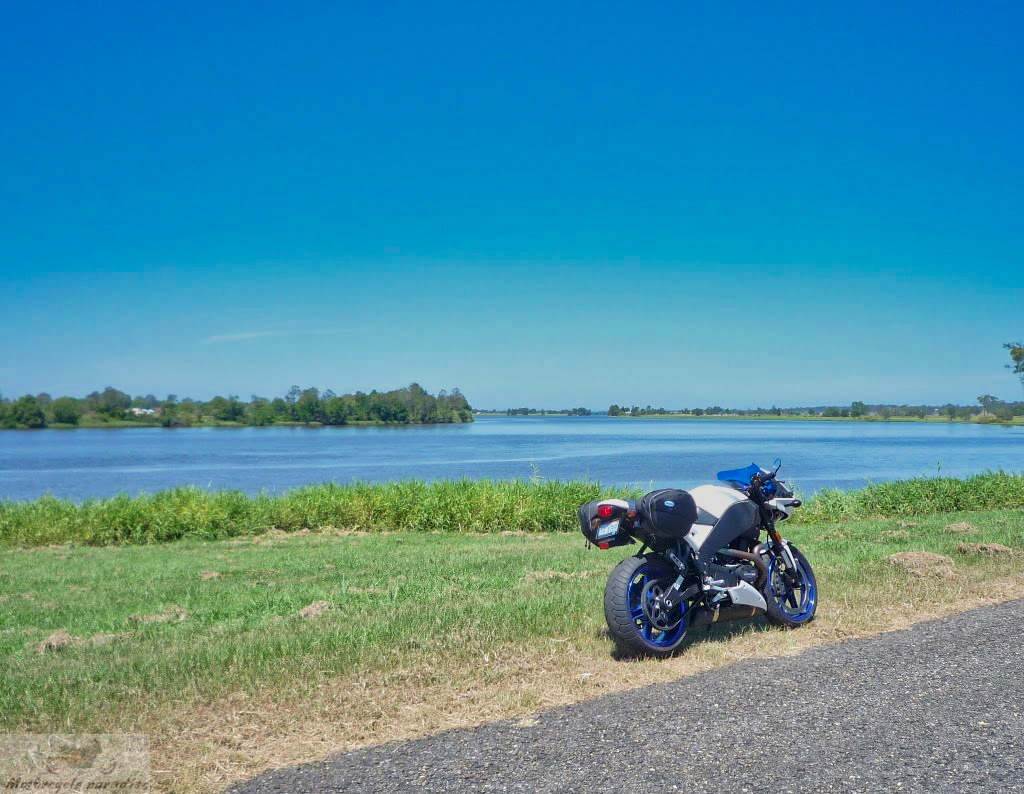 That’s about it for this ride report. I never got as far south as I had planned but having time to slow down and look at things turned out better. Must try to do that more in future, but the temptation is always to push on and cover more road. 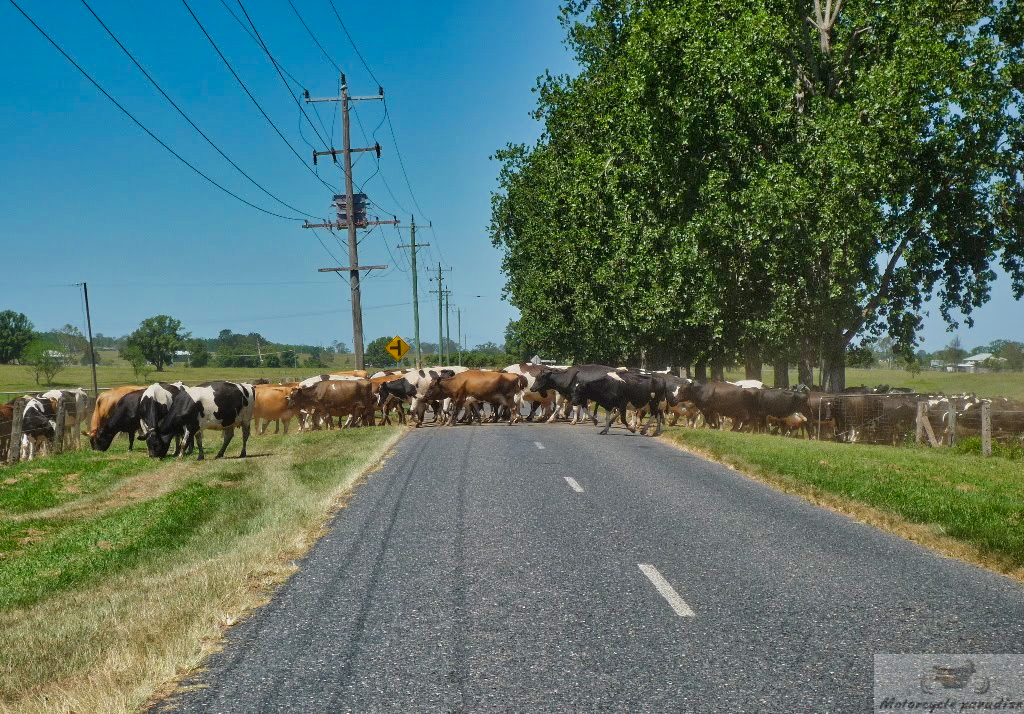