On my ride in the Himalaya’s I wished I had a way to convey how amazing the landscapes were and got to wondering about the 360 spherical image cameras.

I already take a lot of panoramas on my phone but this takes the idea a step further to create a spherical 360 degree photo where the viewer can pan in any direction as if virtually being at the location.

Previously options to share the images on your web site were limited but Ricoh announced they were providing that for Theta owners so I picked up one selling used on Amazon Marketplace to see if it might expand my photography. 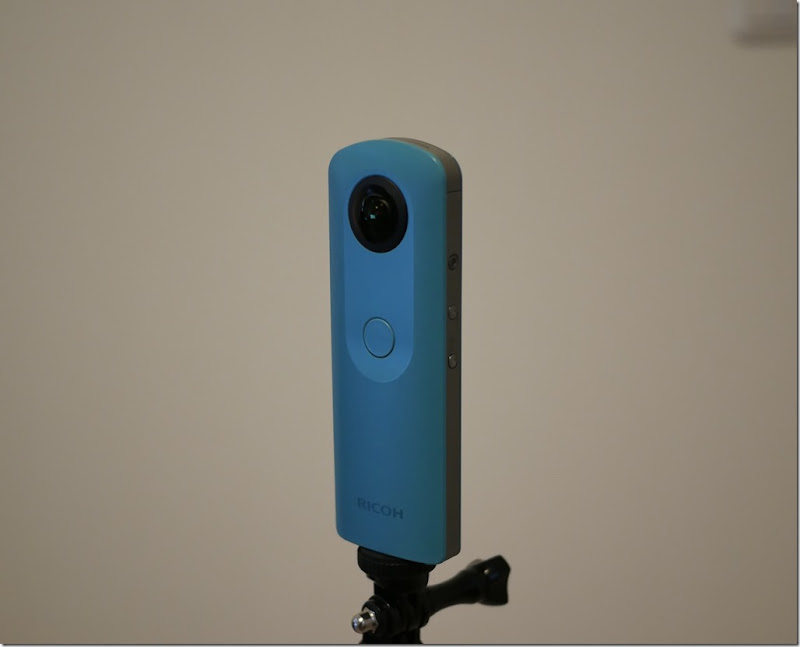 The image hosting from Ricoh turned out to be incompatible with Blogger sites. Fortunately I could find an alternative way to share the images but this lacks the zoom function only panning. *update now it does.

So while the 360 spherical photo needs suitable viewing software it may be slow to take off. Instagram turns the image into a small panning video which is quite good. *update now more widely supported.

To operate simply turn on and press the shutter button, it is that simple, but to get a good image it is better to place on a ledge or small tripod/monopod and move yourself away then activate by the smart phone app. It connects very fast to my phone but the wi-fi range is woefully bad, 5 metres away then it will drop connection so I am not able to get myself out of sight. Besides the power and shutter button there only two other buttons to switch mode between photo and video and turn wi-fi on and off. The app has a few options such as a HDR mode which maybe improves low light scenes but the difference is subtle and requires still subject matter.

In use the Theta SC is great in confined spaces and awkward locations but a mixed bag with landscapes. The fish eye lenses push the scenery back far away from the viewer. However this is offset by the immersive feeling of panning around 360 degrees in the scene. If the zoom feature could be enabled that would help however the resolution is far lower than Google Street View so maybe it is a moot point and best left off for now.

If you do group rides, club meetings etc this would be a great for capturing the group together and can share straight to a group page on Facebook or as a interactive live feed. I think it would be great at bike shows or trade events. If you ride and camp then again I think it would offer opportunities to capture some great scenes at days end. It has a interval mode and video mode.

Despite a image size of 5376*2688 that is not much when spread a full 360 degrees. The two sensors are claimed to be 12mp and seem to be similar to action cams. The final image has negative aspects of action cam photos with poor dynamic range but you can clean things up in post processing a tiny bit. Raw file support if provided would help but action cam sensors and lens don’t give much to work with.

Ricoh offer what they call a higher spec version which retails at a whopping $700 but just 14mp and I am not sure that is really enough. Action cam 14mp = about 8mp real life quality. I’d like to see one that uses bigger sensors, size that is. Yi technology just released their VR cam which sounds higher spec but the image size is only marginally more pixels. The format is immature and any current device will likely be obsolete in 18 months time so I am just testing the water to see if I might spend more if the format evolves.

Using the device on a small monopod it acts a bit like small sail in the wind but that shape works well to keep it from showing in photos and is easy to put in your pocket. It has it own internal storage of 8GB which is rare these days and ample storage as the files are heavily compressed. The battery lasts considerable time, I am not using it as frequently as a regular camera so hard to say further but a few days on a single charge has been my experience. 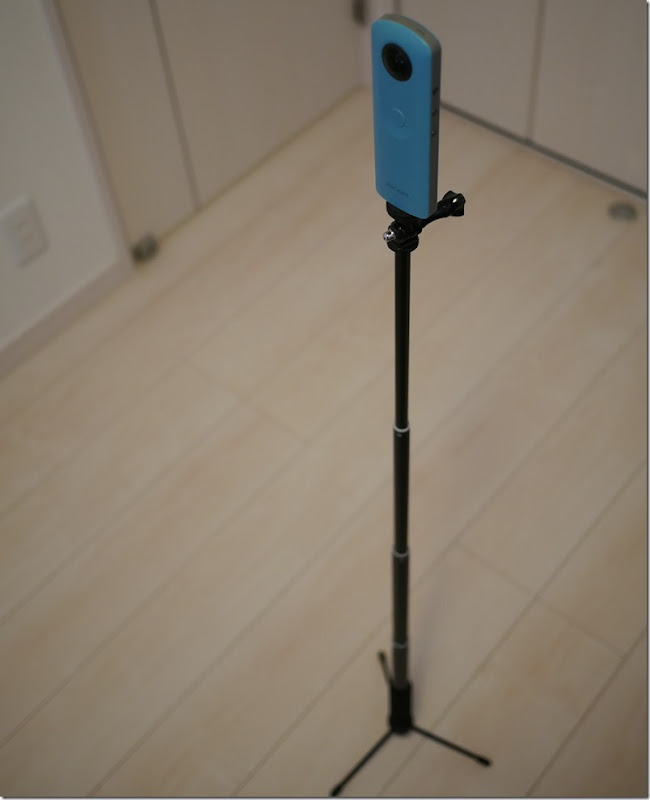 I have enjoyed the Theta SC so far, I think there is potential in the format, the ability to grab a image discreetly and quickly anywhere is a good point over rotation type devices that need a scene with no movement or people or phone apps needing you to take multiple images with same limitations. I am not sure the format is right for landscapes just yet but the Spherical 360 images do have a immersive feel.

Update 2019. I have not been using this to it’s full potential. I recently discovered I can use this onboard the motorcycle for great selfies or wide angle better than the little cam I have been using. The main limitation is the poor image quality from the action cam sensors. Ricoh have released a new one with 1″ sensors but at a stupid $1000. I want to update but that is ridiculously expensive for what is a novelty camera not a mainstream device so hopefully someone else might release a more affordable device.