Yes you read that correct, I purchased an action cam called Apeman.
It is one of the many clones of a GoPro that you can find online. I was looking to replace my Polaroid Cube that I lost but not with anything expensive or from GoPro as I was disappointed in their Hero 5 Session which rarely worked properly.

With a name like Apeman I would usually not look any further except every review on Amazon Japan said the devices were excellent.

The price was just $35 with free delivery so I though wtf I’ll get it for my upcoming tour as a toy to play with on the bike for two weeks. With 12MP camera surely it can produce the odd photo as good as my old Polaroid Cube.

In testing however the stills are not 12mp. The photos are smaller resolution and lower quality. The video quality on the other hand is excellent and even includes anti shake. I presume the sensor is actually 12MP but still images are merely screen grabs from video not actual photos since the resolution of the stills is not far off HD video resolution. Same file size as the Cube which also only did screen grabs not proper photos. This is not what I wanted but for the price I guess I cannot complain.

As a consolation prize in the box there is a huge selection of fittings. 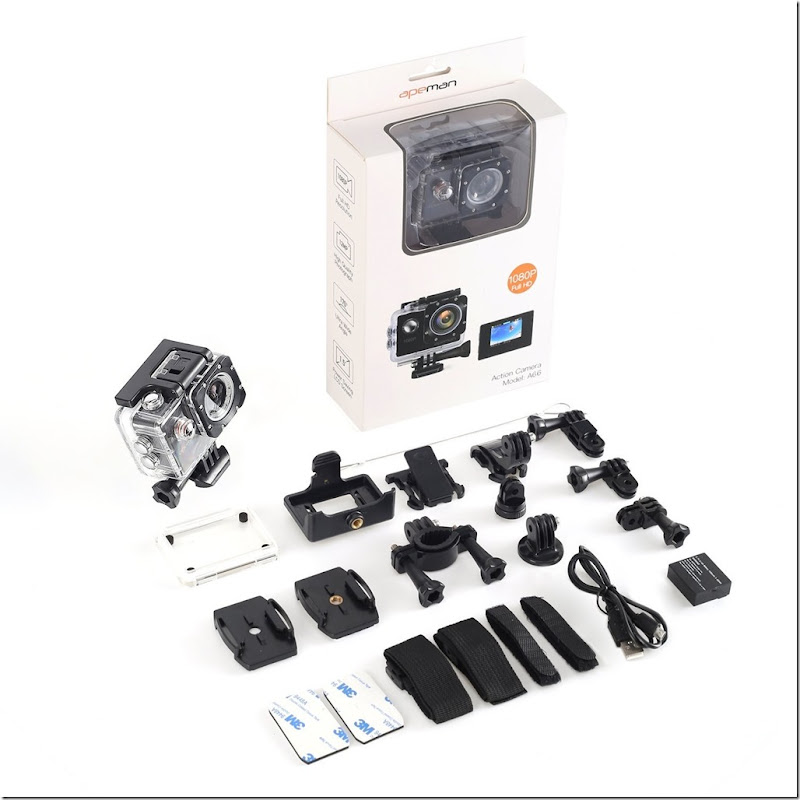 The Apeman has a small colour screen on the rear and this is some help to frame things better while riding, but it’s still point and hope for the best like most action cams. 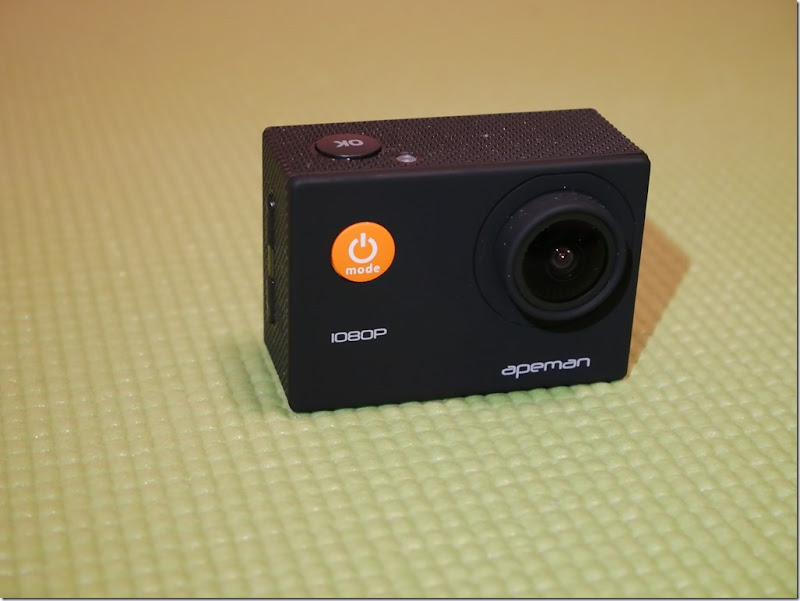 Operation of the Apeman for video is fine but not so for it’s photos if on the move. To activate you need to hold the front button 3 seconds. Then to take still image need to wait then press this front button again, then can you press the shutter button on the top to take still image, ok I suppose but takes too long and not sure sometimes what mode you are in and no light to tell you. The icon on the rear screen for photo mode is far too small to see.

The combination of the photo image quality and fiddly control system means it really is a video only device which it does ok but I was wanting photos.

When the Hero 5 Session worked it was easy to use. Hold the button to turn on and it would start automatically taking video and still images combined. Problem was it would often decide to not work or do something random.

The Polaroid Cube was also user friendly. Press the button on top 2 seconds then press again to take the photo. It’s problem was the delay to take the photo was then 1-2 seconds which meant often the cam was pointing away by the time it took the image.

The Apeman charges by USB cable and this works much better than the Cube with proper indication of charge level and automatic shut off when full. The 1050mAh battery lasts surprisingly long time.
There is a comprehensive menu where you can tweak many camera settings but the video looks fine on factory settings and the photos I will not improve if just screen grabs.
Update – I used it on my recent ride to Tsushima and in real world on the road with shadows and high contrast scenes the video is better than my Polaroid Cube was but well below the Hero 5 Session. The clarity on sunny days is actually not bad but the colours are washed out and it struggles with high contrast. The stills in sunlight are probably close to the Cube but still not as good. To use it while riding was difficult to the point I did not bother many times.

All theses action cams seem to take great video but poor stills, even the Hero 5 Session photos whilst being the best I have seen from an action cam were only passable quality. The only true good quality photos I have taken while riding were with my phones, even the old iPhone 4 I used for many year took better photo than latest action cam.

Perhaps I need look at non action cam devices instead like the tough/outdoor type cameras but oddly since made for trekking and the outdoors none of these seem to be glove friendly. And none are easy to operate left handed. The on button is mostly semi recessed and the shutter button on the right side of the camera which for a rider is poor location.

The Apeman turned out to be not a good fit for my needs but I won’t loose any sleep over it considering the price. It would however make a bargain dash cam as it does loop recording and can be plugged in to lighter/usb power and stay in recording mode.
Apeman A66 review first published on Motorcycle Paradise