I recently went to Okinawa. Japan consists of 47 prefectures or states and this is the only one I had not seen. At nearly 3 hours flying south it is only a little bit less than to the Philippines and quite different to the rest of Japan. 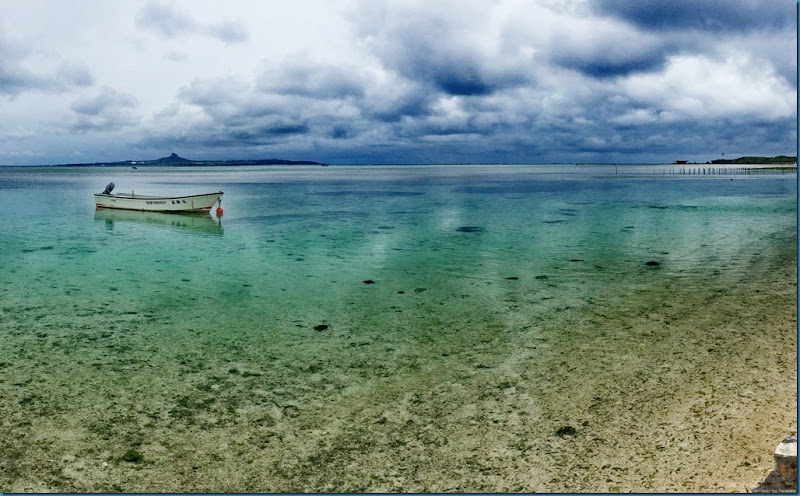 Okinawa has a tropical climate not dissimilar to my home town region so I was looking forward to warm weather even in winter. However in the run up to this trip the weather forecast was for rain and temperatures that were half normal for this time of year. In other words lousy for motorcycling.

I had mapped out a ride north along the coast to the cape. I ended up exploring a good portion of the island but achieved this by four wheels due to weather.  I am going to pass on some information for riding there and just put a few other thoughts into this post.

I had been going to rent a motorcycle in Okinawa from Rental Bike Apro who have a range of small bikes, I was interested in their Yamaha XJR400 or a Honda CB400 Super four. A 400cc would be ample I thought given Okinawa island is small but there but bigger bikes also available if you need room or want to ride two up. They have rider gear and pickup from hotel and airport transfer services but it is not far from the monorail stop either.

Well as mentioned the weather was lousy, upon arrival it was cold rain blowing across the streets and felt little different to where I had just come from. Across the road from the bike rental shop is Nissan car rental so I gave up on riding.

Navigating Okinawa is so easy, everything is well signposted and in dual language. You could ride without a GPS it is that straight forward, but as always a GPS will make it so much easier and let you focus on the scenery more. There is just a small section of expressway north which whisks you out of the city and past the giant US air force base that I never saw anything of.

I visited one of the ‘castles’ but the historic sites are all ruins it seems, fortifications only and I would advise not to spend much time on them. The modern architecture however is very interesting. Most of the houses seem to have been built at the same time in the same style, namely post war mid century flat roof which reminds me of the modernist style I was once very interested in however in Okinawa they are all two level raised to capture the breeze in the hot summers. If you enjoy that era I think you will be delighted to be surrounded in early 60’s style buildings (that are not the old tin shacks in rest of Japan). There is also plenty of space compared to Japan with wider roads and large house blocks and all this of course relates to Okinawa being an overseas territory of the USA after World War 2 up to 1972. I came across a couple of Kawasaki ZRX1200’s when the rain eased. I like the 80’s look with the square headlight and turbine smooth lazy power from air/oil cooled inline 4 is also appealing. The small bikini fairing would probably make a world of difference for touring, but perhaps not much weight saving from what I ride now. 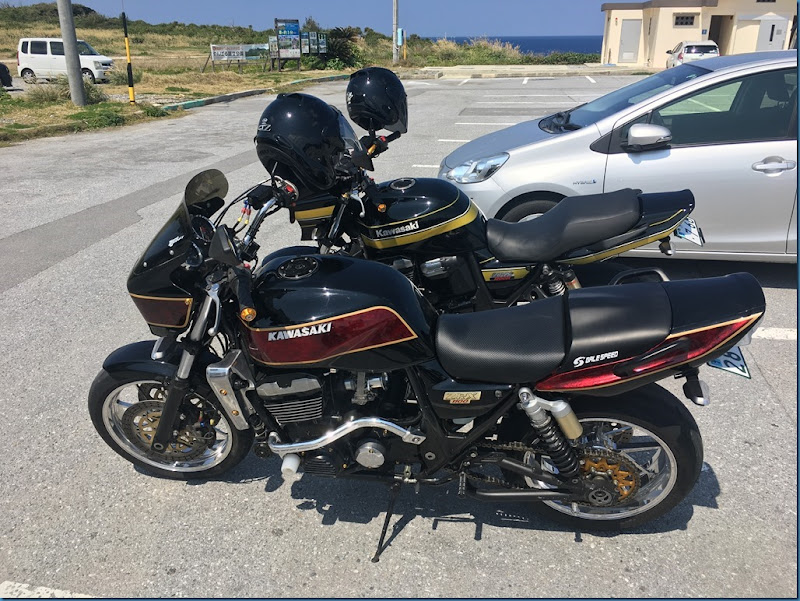 The road up to the cape is ‘the’ motorcycle road and it reminded me at times of the southern coast of Sicily as the water was often a beautiful aqua blue shade. 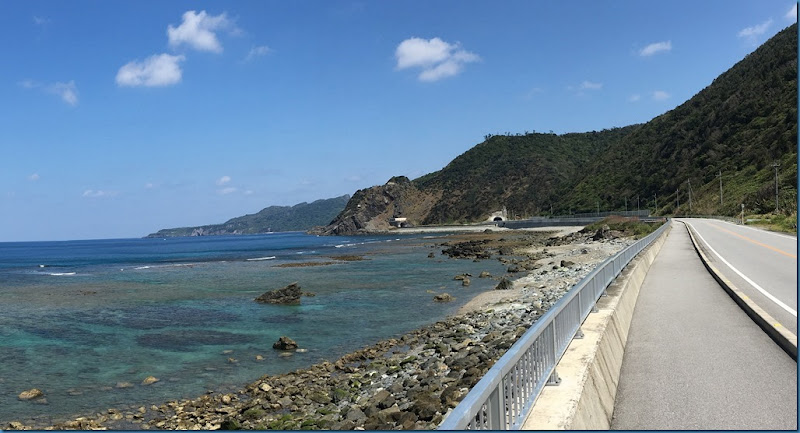 You can visit the connecting islands on beautiful bridges. 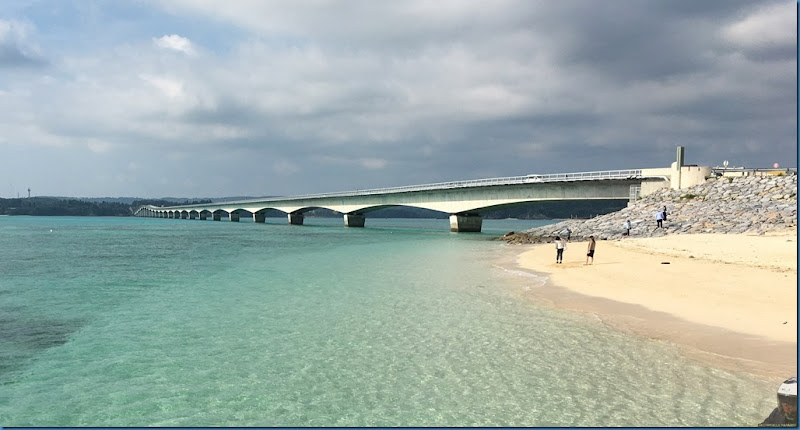 And explore the many small coves and beaches on the islands.

And further riding from the Cape on the east is also accessible.

The southern coast has less good riding roads but would be scenic on a fine day. There is however a very interesting park and museum about the battle of Okinawa from World War two. 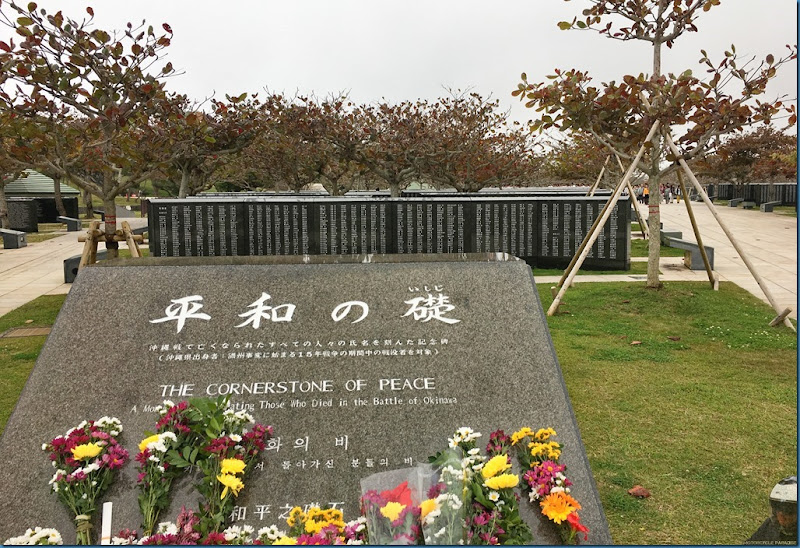 A weekend might seem like not much but it is not a large area to cover and two days you could easy ride the whole island. The capital city Naha is small compared to Tokyo so the traffic is modest.

I went to the famous aquarium while there and whilst it is huge the crowds were even bigger. Thousands and thousands of people. Literally. And this was the off season. Bit difficult to enjoy to be honest.

Well not all rides go to plan, I enjoyed this trip all the same but would have been way better on two wheels, so maybe next time.

Edit: There was another section to this post where I talked about replacing my current motorcycle. I decided to later remove that because it was so poorly thought out and my views on the FJR I own have reversed because situation and conditions in Japan still mean only a couple of long distance rides can be done per year so it makes no sense to change. Apologies to the readers who commented.